Sara’s book, SOUNDBITE: The Admissions Secret that Gets You Into College and Beyond, is now available for pre-order!

What Do the Recent Attacks Against Asians Have to Do with College Admissions? Everything

Over the last few weeks, I have watched in horror as innocent Asians and Asian Americans have been targeted for violent crimes from coast to coast.

The 84-year old Thai immigrant who died as a result of a brutal attack in San Francisco.

The 91-year old Asian man walking innocently in Oakland, pushed to the ground.

The 61-year old Filipino in NYC whose face was slashed on the subway.

Just as these acts against our friends and neighbors scurried across the bottom of the news feeds of our televisions, so too did the announcement that the racial discrimination lawsuit against Yale University had been dropped. Not enough evidence, I assume, to hold Yale accountable for decades of bias in the college admissions process. But I know better.

While many watch the street security cameras in horror as innocent Asians get attacked, most Americans don't get to see what happens behind closed doors in an admissions office at an elite college. But I did.

I saw the mood quickly shift in the admissions committee room when I worked at one of those elite colleges. There were no cameras to capture the discrimination, the higher-than-normal expectations, and the callousness of the admissions process which treated Asian Americans as if they were not even second-class citizens.

Many of us in that literal and figurative 'committee room' are second-class, though. First, second, and third-generation Americans, in fact. We can spot discrimination like the numbers on our relatives' forearms. We know better.

READ MORE: Checking the "Race" Box on College Applications is as American as Independence Day

While college admissions offices can shred damning documents faster than it takes us to pick ourselves up from the proverbial sidewalk and dust ourselves off, the sting and stain on the concrete, the historical record of America and higher education, never goes away.

Elite colleges are scrambling to make it all seem like a fictional storyline. Some say they are making up for lost time, admitting Asian Americans at a higher rate all of a sudden. But these colleges fail to provide the acceptance rates then and now of Asian American applicants compared to every racial group in the applicant pool. If that data was available to all, then we would see the brutal attacks that went undocumented, unregulated, and underground for decades in college admissions.

Related Reading: A Turning Point for Diversity in College Admissions

As we grieve, heal, and strengthen from the physical and ethical crimes committed against our Asian brothers and sisters, we must demand justice from the courts and transparency from the colleges. The public is watching. The cameras are rolling. And the second-class citizens are speaking the American truth. 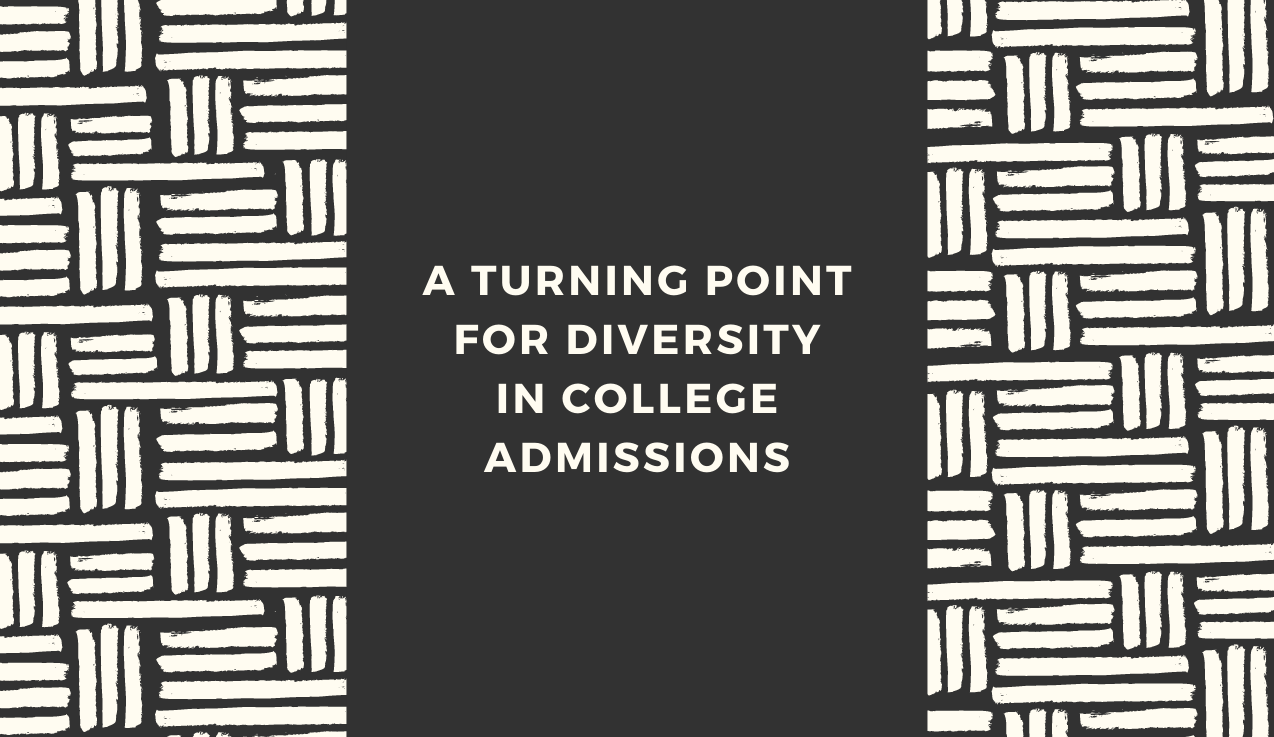 A Turning Point for Diversity in College Admissions
February 09, 2021

10 Things to Consider Before Meeting With Your School College Counselor
February 04, 2021